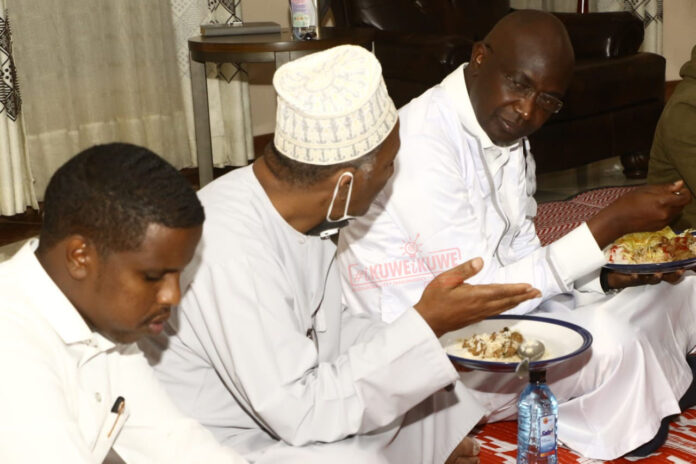 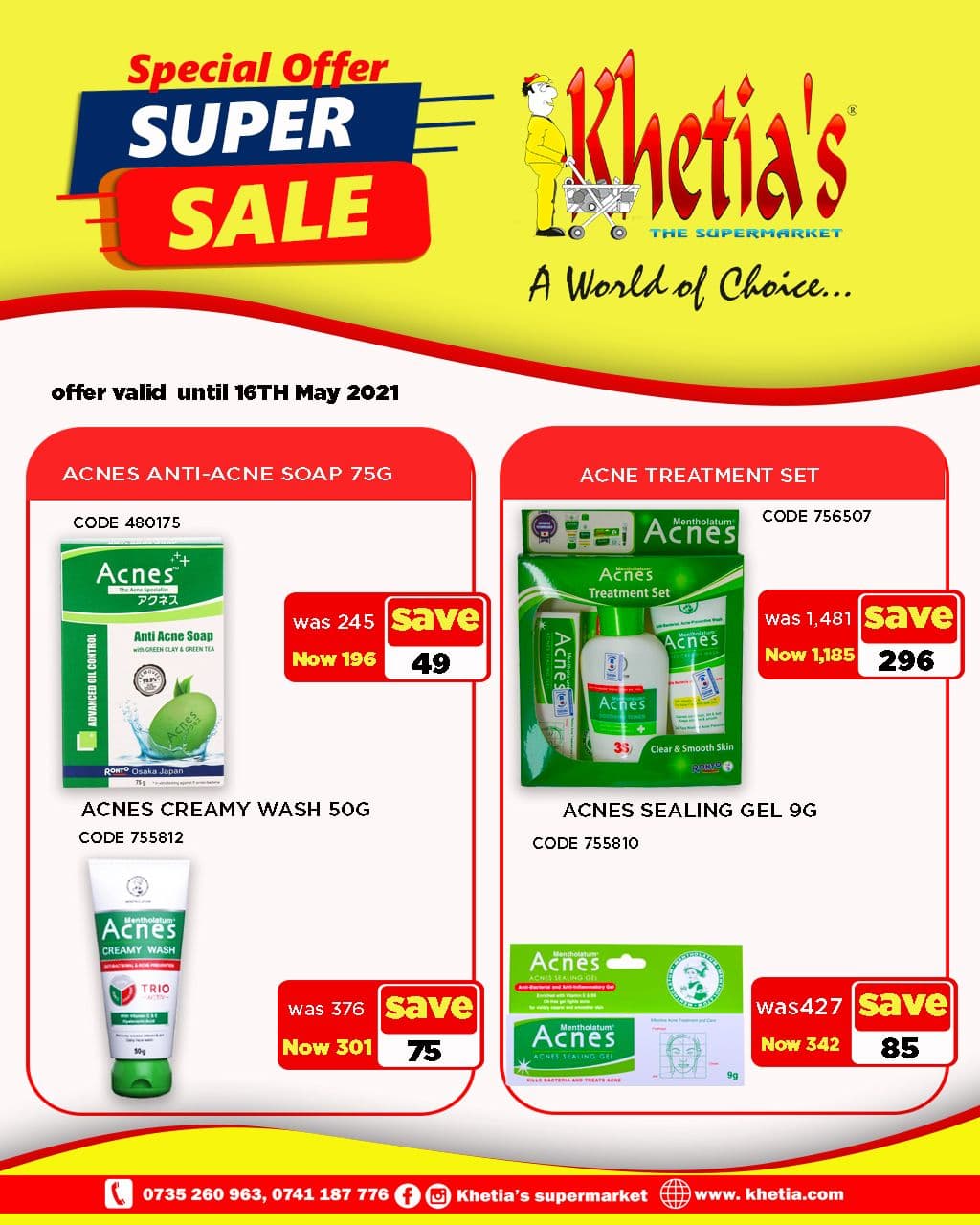 Islam first landed in Bungoma via Kimilili about a Century marking the town as a historical point for Muslims within this County with the number of Muslims having grown to approximately 250,000.

The meal eaten by Muslims after sunset during Ramadan is called Iftar, a meal that was on Monday, 3 May 2021 evening unique for Bungoma Imams who were lucky hosted by Bungoma Governor Wycliffe Wangamati who coincidentally was dressed properly for the event.

The guests took advantage of the meeting to inform on a few things;

Dr. Amin informed the meeting that prior to the presidential address, Lake Region Economic Bloc (LREB) eminent persons had passed a resolution against the opening up of the Counties until vaccination was done over with. He also took time to remind the governor of the various predictions the eminent persons made concluding that “there would be a fourth and fifth wave if we do not change our ways”

MCA Balala; Zeroed in Wangamati’s score-card… Health, Education, appointments etc. He also indicated that the County CEO had already identified Muslims who had applied for the village admin’s position for appointment

Asst. County Commissioner Abdishakur encouraged the governor and other leaders to assist the less fortunate and vulnerable

Governor Wangamati thanked the Muslims for agreeing to share a meal at his house as he reminded them that Chief Officer Safiya’s appointment is the very first in the region. He indicated that more appointments will come with time. He asked them to visit his office the following week for further deliberation on the raised issues including finding land through the County lands ministry for them.

The visitors comprised of;

Bungoma Mosques are led by 83 Committees; 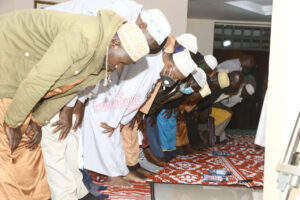 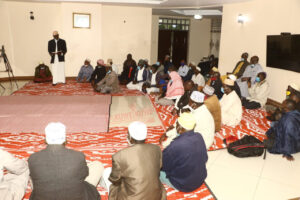 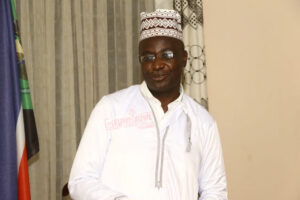 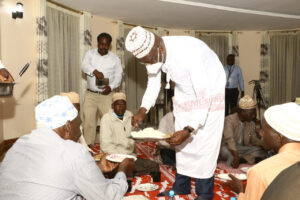 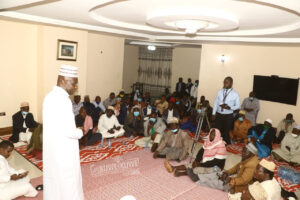 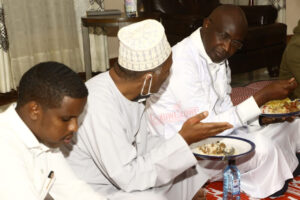 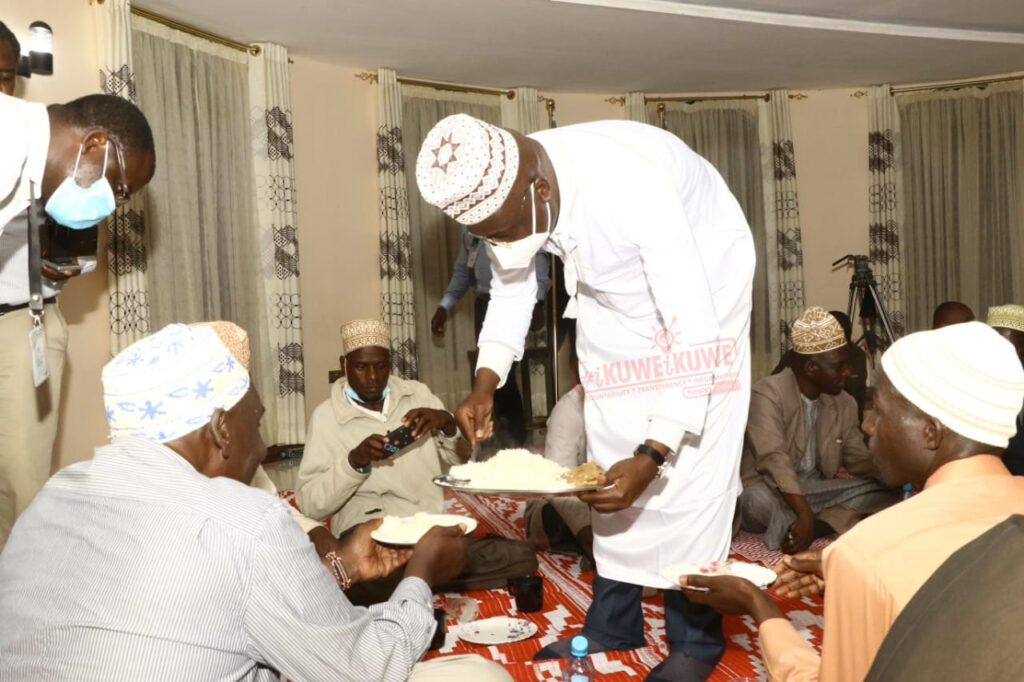 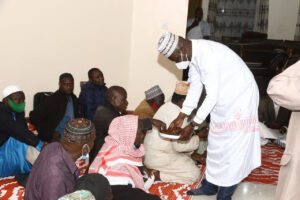 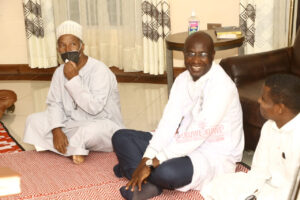 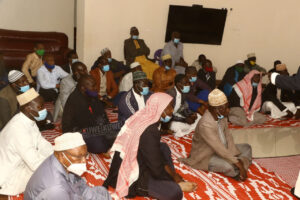 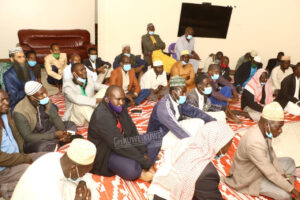 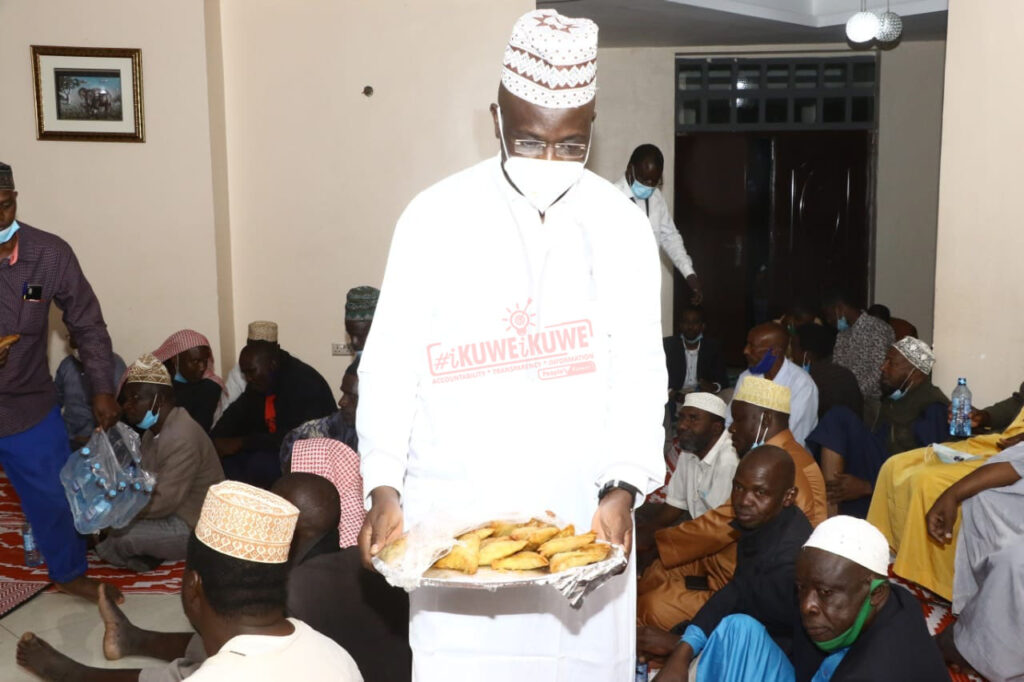 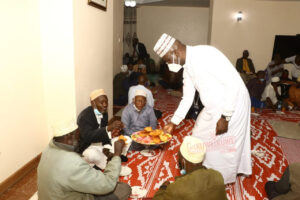 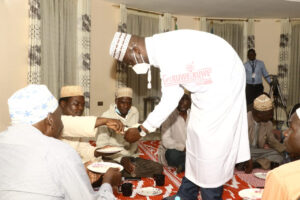 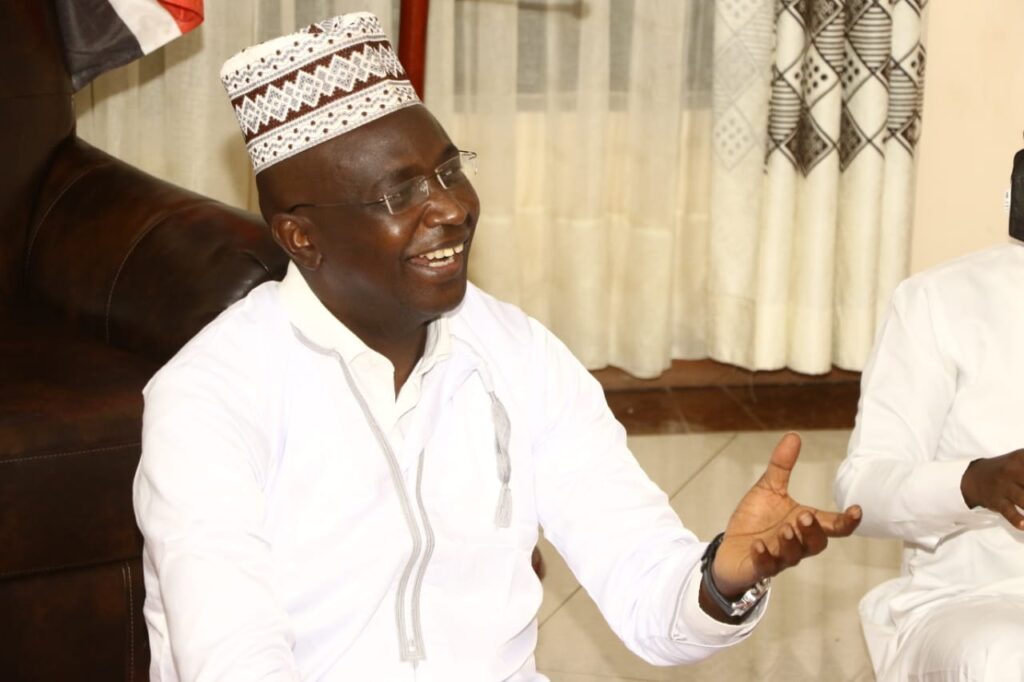 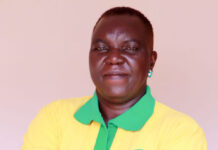 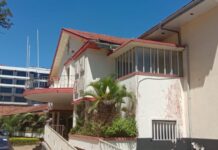 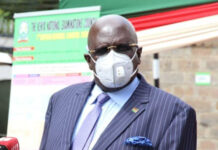 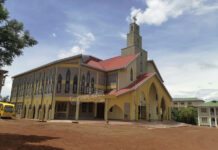 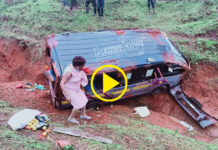 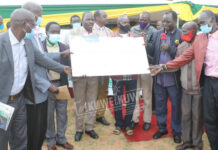 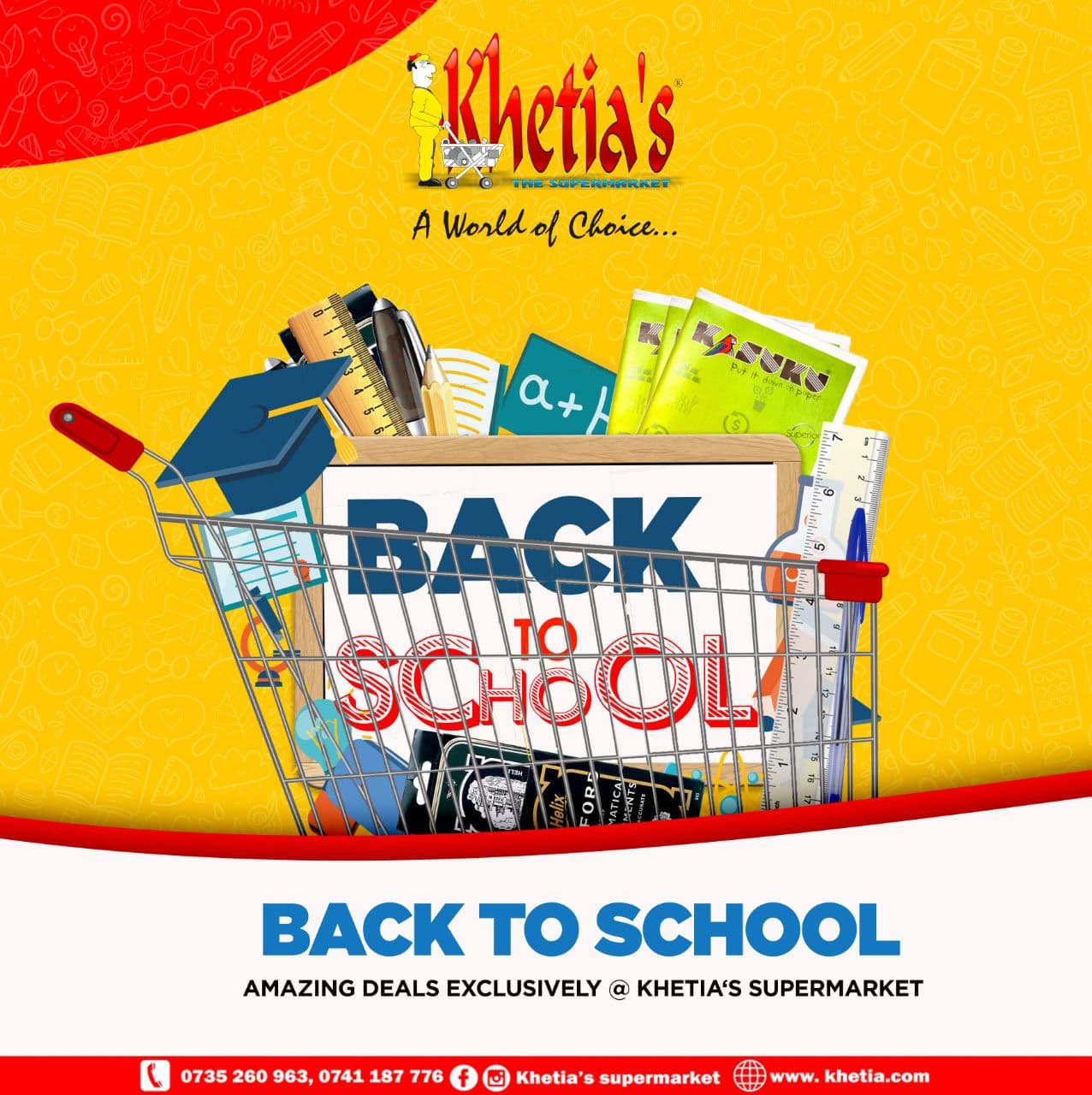 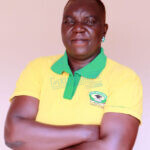 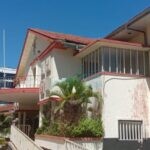 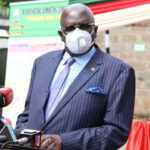