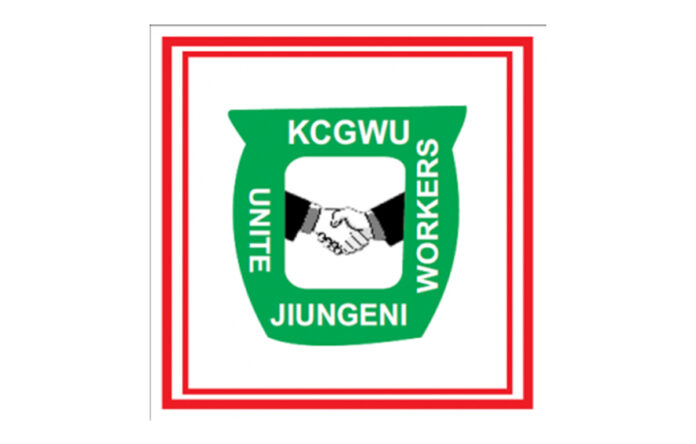 Bungoma County Workers Union under the Banner Kenya County Government Workers Union (KCGWU) has written to the County Secretary and the head of Public Service seeking an off-day to allow workers hold Union Elections on 21st Dec. 2022 to instal new office bearers on interim basis following failure by those in office to abide by the constitution. Specifically;

The following positions are up for grabs; 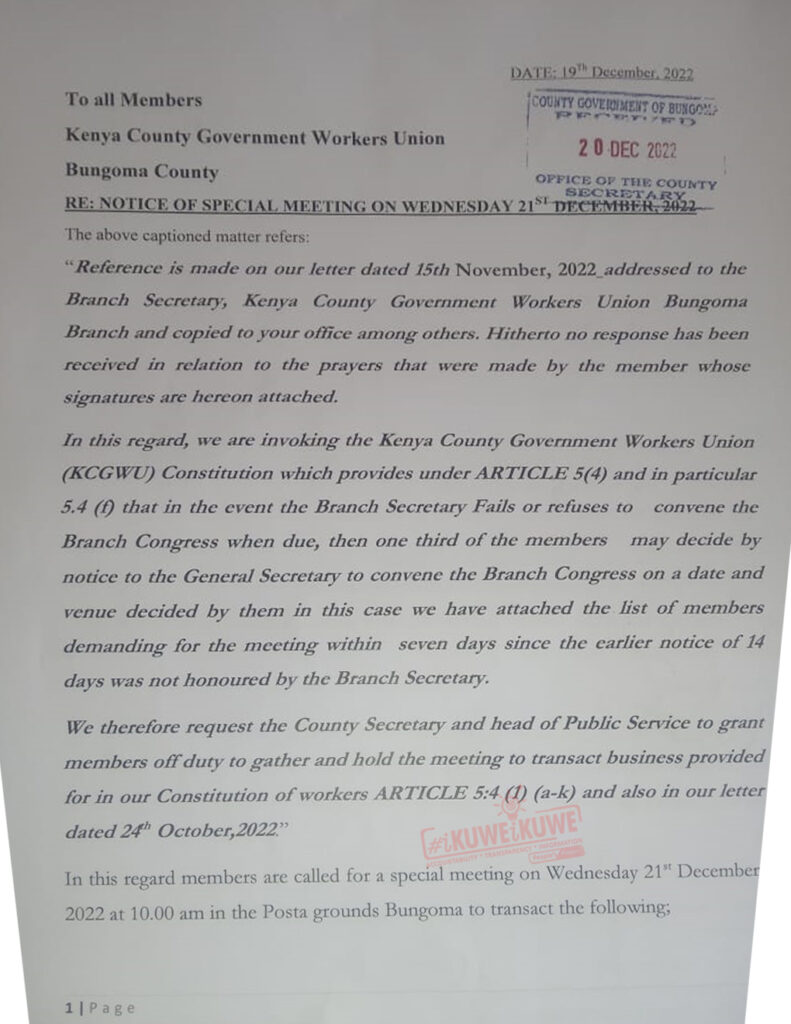 A member of the Union informs ikuweikuwe.com that their request has been granted and therefore the special sitting will go on as planned.