The term “Wash Wash” refers to a trick con artists use to get money, resources from their unsuspecting victims by convincing them to invest in business opportunities (fictitious or not) with no intention of returning/repaying the investment.

Enosh Momanyi Isoe aka Enosh Bones Hunter as he is popularly known on social media is man who seems to be finding it hard to live within his means. He believes he is intellectually sharper than most thanks to his otherwise polished English but always gets frustrated when he is outsmarted by people he imagines are not as educated. This frustration boils into anger/hatred most times and one person who has been victimized by this unfortunate character is me, #eDDUHSimiyu

My beef with Enosh started way back in 2016 when he was then a friend to Namuleyi Wasike, I did not do anything wrong to Enosh in person but he just assimilated Namuleyi’s hatred and owned it now. He kept amplifying Namuleyi’s propaganda on me little did he know that my problems with Namuleyi started when I stopped being of financial assistance to her coz I also was facing some challenges myself. Initially I used to assist her especially on matters school fees, meals na tumadeni tudogo-tudogo which I did as a brother having grown up with mama Dondo’s family while at Bungoma DEB primary. Her brother Khisa was my classmate then and a close friend and that’s why for those of you who remember Namuleyi saying: My assisting her was a form of saying Asante for food she cooked for me whenever I visited their home (hehehe sawa tu)

I founded a group called Kanduyi Constituents (KC) WhatsApp group whose main objective is giving back to the community as well as bringing together people living and working in different parts of the World. It’s a forum that pioneered proper use of social media by enforcing discipline, socio-economic debates and annual events that would benefit members but mostly the public. Since 2015 to date KC has in Partnership with our sponsors done CSR programs worth over 3million including: Paying School fees for the needy, upgrading learning facilities, paying bills for patients and initiating projects such as installation of a modern dustbin in Bungoma town, visiting Bungoma Prisons where we fumigated the facility, planted trees and donated a TV set sponsored by our member Ken Lusaka among others

My vice aka Madam VC Ethel and I received online bashing from the duo for kicking them out of the forum. They couldn’t believe they were dispensed.

After Namuleyi’s demise the boy lacked relevance for his godmother was gone. He was emaciated and looked confused most times. Reality had downed on him that he couldn’t even progress on the things he used to do in her shadow. Deflated, thinned and certainly missing his shield kijana was just there.

In 2017 I founded #iKUWEiKUWE Movement which was more or less a human rights outfit that specialized in speaking for the voiceless but widened its scope to include Corporate Social Responsibility and sharing information on social media. Key pillars: ACCOUNTABILITY, TRANSPARENCY and INFORMATION

Enosh was among those who demeaned my efforts to speak for the voiceless by constantly insulting me the way I was an attention seeker who would get nowhere with ikuweikuwe little did he know one day he will come crying begging for assistance.

Enosh can’t just hack how things are turning positive on everything I lay my hands on and nothing works for him. He has over time tried to spread propaganda about the above mentioned groups, myself, groups’ officials and members in vain.

He couldn’t match, destroy or stop me and my partners.

He usually does polling as a business but it has never taken off with all his finding being stomach oriented as opposed to public opinion. This prompted him to look for me (#eDDUHSimiyu) for help. He wanted us to partner first to manipulate Webuye West polls to favor his candidate who is also my friend Mr. John Musundi but I refused coz I don’t do propaganda informing him that I’d prefer being of assistance to Musundi by highlighting his projects, events and biography.

At one time he indicated that he wanted us to partner in ikuweikuwe.com for he had great ideas to bring on board including kizungu mingi (hapana mbaya hehehe). He used all sorts of tricks to get himself onboard but I couldn’t hear any of that. Being ikuweikuwe himself I had gotten wind on how greedy and conniving he is. There was no hell way I’d allow myself to be conned in broad daylight… So I declined.

This annoyed the boy very much prompting him started attacking me on social media again. He’d post a lot lies, outright propaganda on me but as usual I read in silence for I knew all he needed is social media relevance and particularly in Wangamati’s govt. Since I knew that such a boy will trend if I engaged him or his useless rants would die a natural death if I ignored him, I chose the later

This annoyed him even more, he now opted to visit my inbox where I engaged him for some time before blocking him just to save my time and energies for better things. This was the ultimate blackout I needed to make him useless to himself and Wangamati.

One day he was badly clobbered by Tenge over such insults in a popular Bungoma club. Immediately he was kicked out of the club he started blaming me for the beating him, refusing to acknowledge the fact that I actually attempted to assist him nikasukumwa sijui na nani mpaka hukooo. To this day he respects Tenge but hates me (how unfair)

During the recent elections he called me asking to partner in matters bulk-SMS. Initially he wanted me to market his product which I had reservations since I was not sure on his ability to deliver so I asked him to find time and come demonstrate so that I’d understand what I was to market. It was at this point that he made a partnership proposal, again I needed a demo which he has never done to date.

Enosh Bones Hunter calls crying as he begs for my assistance:

Enosh and his friends they formed a “TENDER TRAINING COMMITTEE” an outfit which was meant to train the youth on matters tendering as well us assemble Wangamati’s campaign team from beneficiaries. Whereas it was a brilliant idea the boy could not impress the then Bungoma Governor Wangamati from whom he expected to get tenders in return. It’s at this point that boy realized his only savior was #eDDUHSimiyu whom he couldn’t reach since I had blocked him.

Knowing he couldn’t reach me he asked my close friend mheshimiwa Brenda Barasa to speak to me with the view of convincing me to give the boy a hearing which I did without thinking twice.

Through my intervention via hard-hitting ikuweikuwe blogs, Enosh Isoe Momanyi was awarded a tender whose capital he later borrowed from friends including Habbakuk Chebulobi (USA). To this day the boy never came back to me (crying like he did while informing me of his predicament or not) to inform me if he had gotten the tender I helped push for neither did he refund cash borrowed from friends. He in early 2019 informed Habbakuk that he had been paid and was in the process of refunding his kindness but instead ended up going mute, at times insulting before finally blocking habbakuk’s number. There is a second tender that has a more interesting story… will share in due course. I have on my end been under constant insults from this boy who seems not to understand how ikuweikuwe has been kept afloat coming from nowhere. He obviously doesn’t believe in hard work

These are the characteristics of Wash-Wash… no wonder the venom when he reads me tackle the Chairman of Wash-Wash in Western Region.

As I now come face to face with the godfather of Wash Wash, he has again found a loophole to make himself relevant by insulting me as if his life depends on it. Whereas I know he will one day report his current financier to me when things go sour… I thought its important to post this for public interest.

TO THE PUBLIC: BE WARNED! DON’T BE WASHED… now you know! 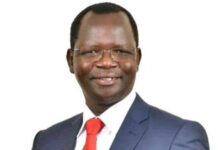 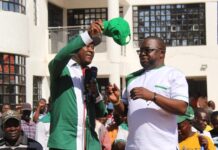 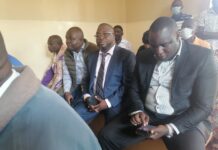 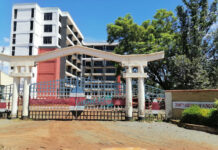 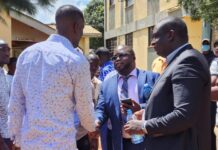 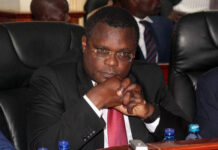 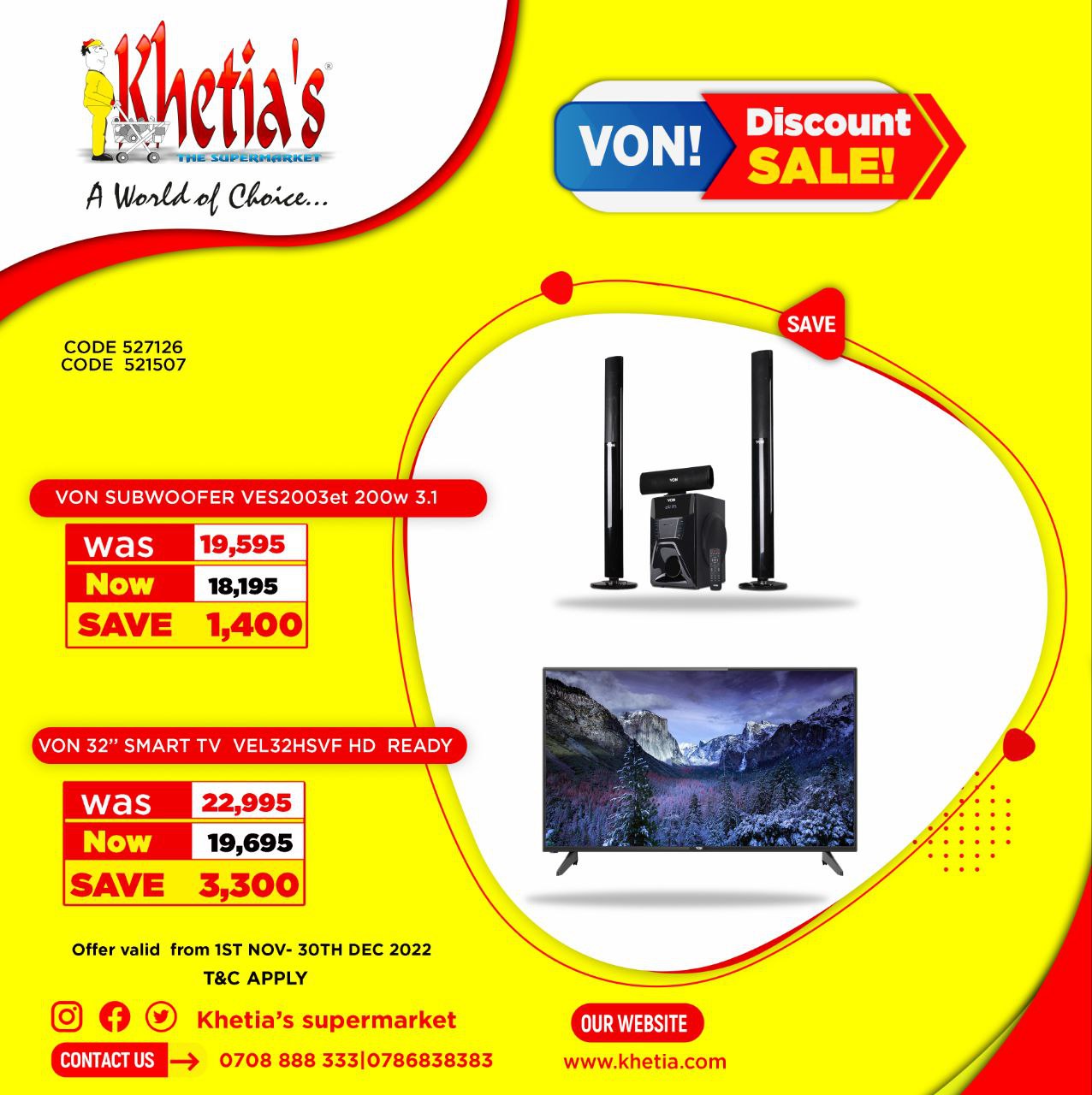 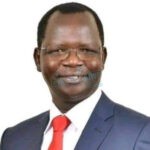 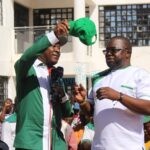 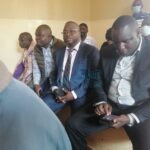