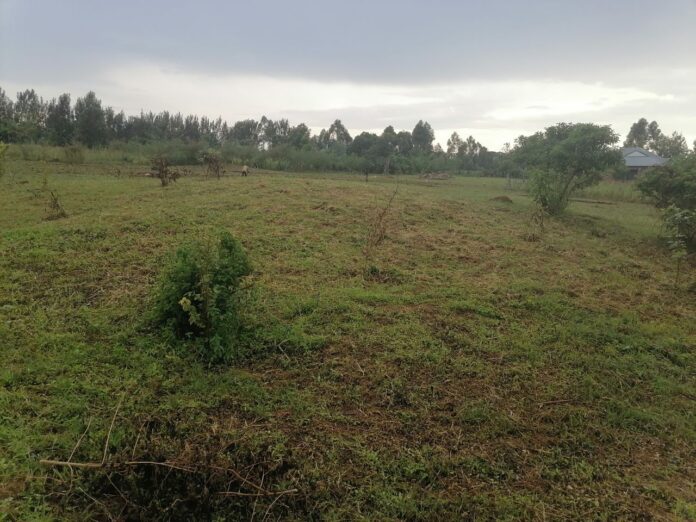 Bungoma Lands office has been on the spot for as long as its existence having been adversely mentioned in corrupt dealings mostly as well as shoddy jobs. In September 2020 ikuweikuwe.com published a story of Mayanja resident pleading with the government to intervene and help solve a long standing land dispute that landlocked families (no exit road). As I publish the families today still using a panya-route that can only accommodate pedestrians.

Eddu, land issues have caused deaths in Kisii of late. Bungoma is not exception, I have same issue. I went to lands bungoma, paid heavily for them to come and resolve conflict. On coming they never used the map nor mutation form to determine the boundary. Instead they were asking the neighbors where they feel the boundary is. This made it worse and as we talking, we just had some fight with them. In short, Bungoma county land office should move at a speed to solve land dispute before we go Kisii way…

In short, Bungoma county land office should move at a speed to solve land dispute before we go Kisii way…

We been having this issue for long, I have a letter from chief requesting for boundary resolution. When the office of Bungoma lands registrar came, they never solved coz they didn’t didn’t use the map to establish the boundary instead asked the neighbors where they felt the boundary was. Other thing, they only refused to set boundaries on the other side because the home belongs to a senior private surveyor whom they schooled together. This means the 7-acre land of my dad has been reduced and county survey office is not willing to use the map. 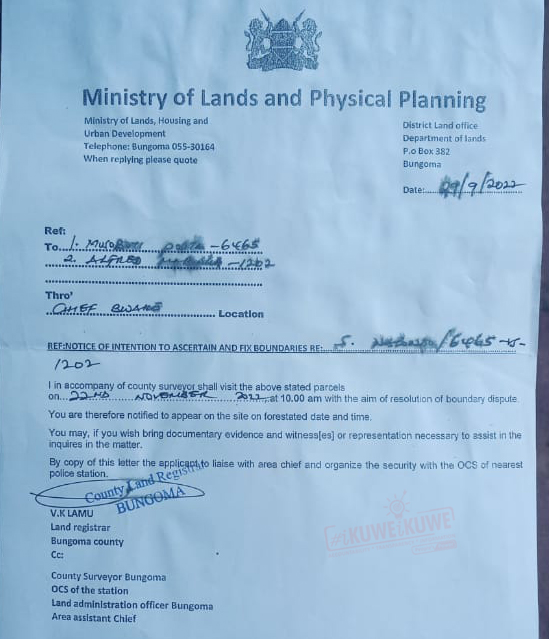