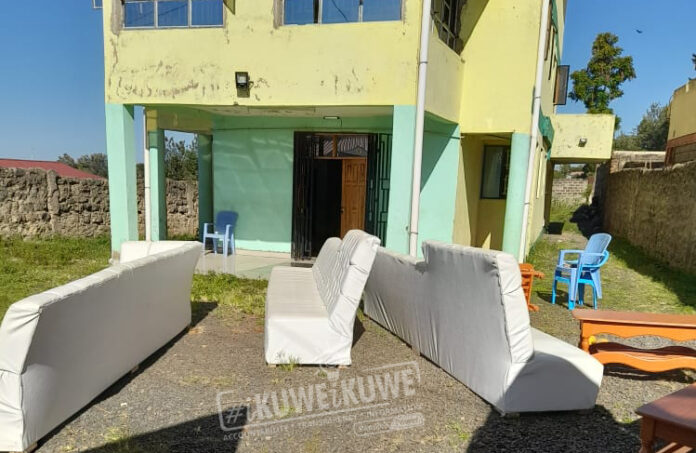 Former Bungoma Deputy Governor Prof, Charles Kibanani Ngome was on Thursday 5th Jan 2023 Auctioned due to failure to service his rent. According to my rats the DG failed to pay rent that was initially a responsibility of Bungoma County government till August 2022 when Lusaka beat Wangamati to the throne. Ngome is said to have defaulted in paying Kshs. 185,000 per month accrued since Oct 2022 plus a penalty of Kshs. 80,000.

Dimonde Agencies and Auctioneers acting for the landlord Stephen Wangusi raided Ngome’s residence on Thursday morning breaking into the house and carrying away his property to their offices located at Sikata market. 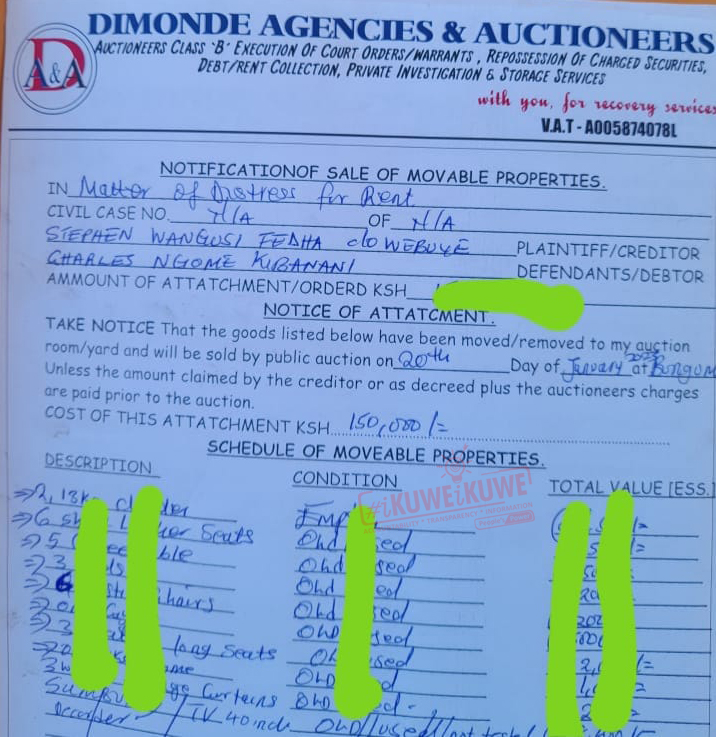 Contacted, Professor Ngome informed ikuweikuwe.com he had sued his landlord for breach of of a sale agreement where he had paid 9m through Christine Nasimiyu Muyaka, Stephen Wangusi’s wife being part payment for the purchase of the house, but Wangusi went ahead to take a 25 million loan from KCB who later discovered that the house was overvalued. 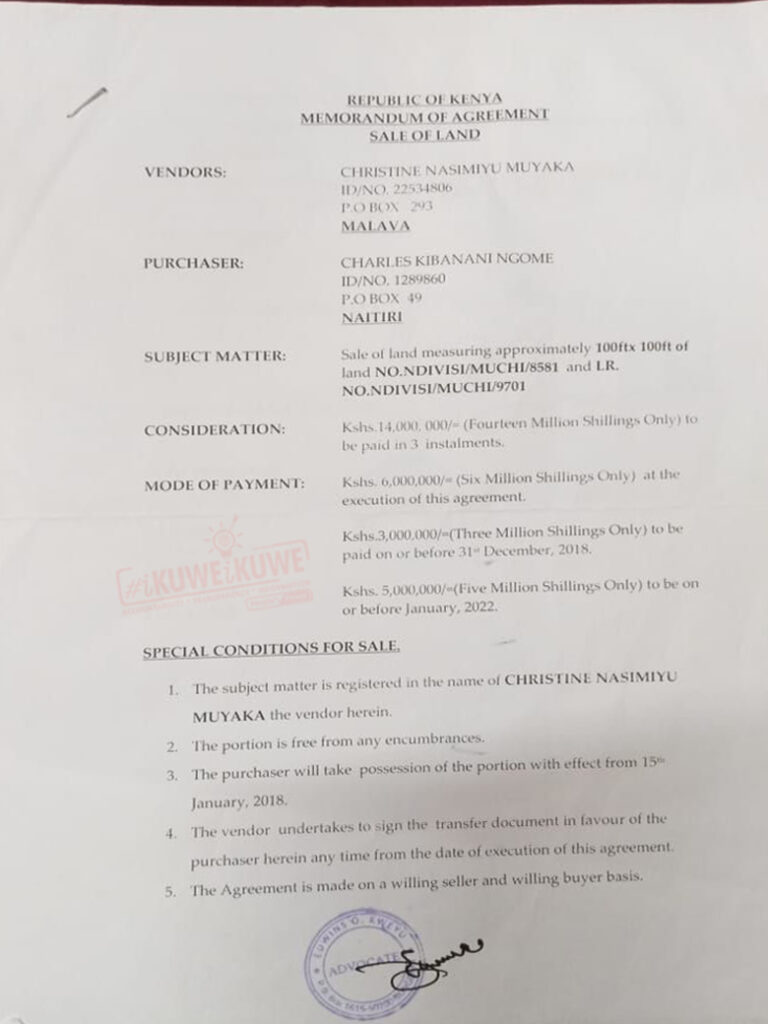 Ngome’s prayers in court is therefore to have Wangusi refund the 9million shillings for he is no longer interested in the house.

Prof. may also pursue criminal charges against Christine since she obtained by false pretence