During my Inauguration on the 9th of September 2022, I made a solemn commitment to the People of Bungoma that my Administration will be run in an Open, Transparent and Accountable manner. I committed to offer Value for Money in our Service Delivery. The Residents of Bungoma County deserve no less.

You do recall that on the 19th of September 2022, I gazetted three Task forces namely, Education Scholarship Audit Force, Human Resource Audit and Pending Bills Audit to assess the implementation of the Bungoma Education Scholarship Fund, establish the status of the human resource and examine the eligibility of the pending bills.

As a follow up to this, Ladies and Gentlemen, I wish to present to you the preliminary findings from the Interim Reports that I have received from the aforementioned Task Forces. 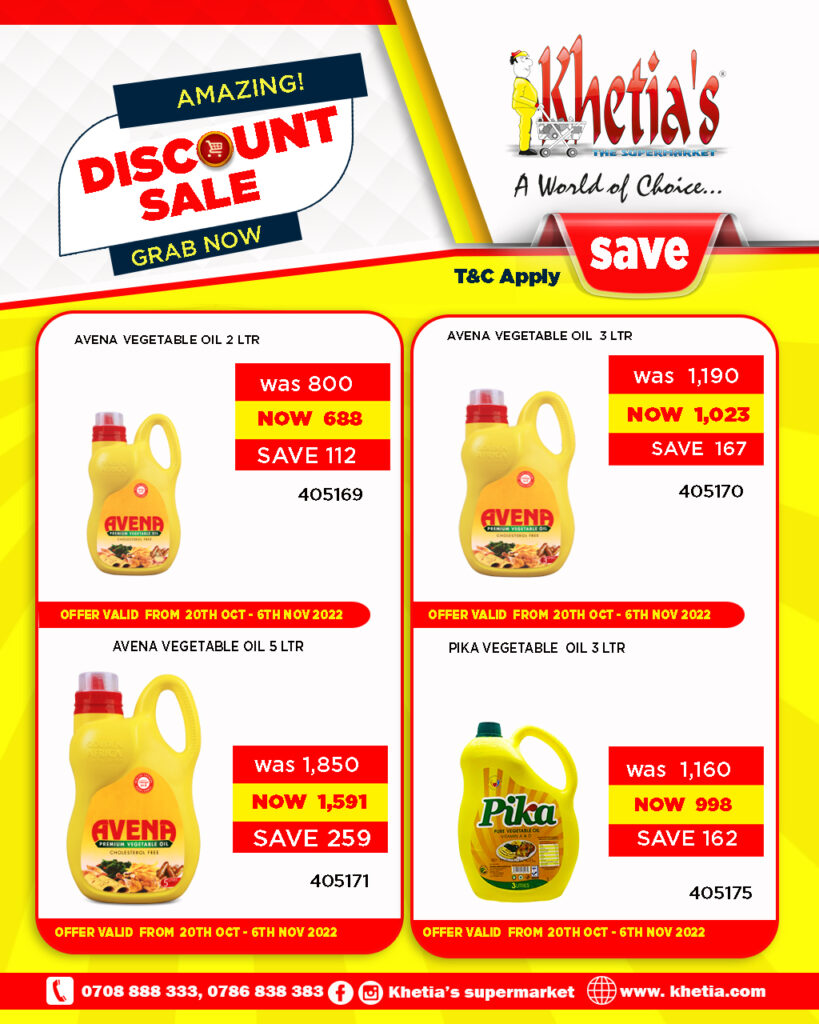 The Task Force reviewed the scholarship program from the year 2018 to date and sampled beneficiary students drawn from 46 out of a total of 522 schools that have received funding from the program.

The Task Force acknowledged that the scholarship concept was and still remains a noble idea. However, the implementation has been marred with various irregularities as reflected below:

4. Ghost Students: However, the most shocking case is of Ghost Students, OverPayments to Schools and Cases of One recipient receiving multiple allocations.

Below is a summary of some of the cases drawn from just six schools that highlight the unexplained anomalies;

If the amount potentially lost from just the 6 schools sampled out of the the total of 522 stands at Ksh. 19,140,000, then the actual amount possibly misappropriated must run into the hundreds of millions, when extrapolated.

Additionally, there during the head count of beneficiaries, there was a very high number of students who could not be traced and in some instances the schools were not even aware of there existence.

Examples of these include:

5. Use of Cheques: The use of cheque payments instead of the recommended IFMIS was intentional, which may have created an avenue for abuse of the program.

This flouted the established laws and procedures. Presently, many Cheques remain reconciled, which confirms the suspicion that the County could have lost huge sums of money.

Subsequently, the Committee has made a number of recommendations which will be implemented when the full report is published.

Having reviewed the human resource situation as per the terms of reference and received presentations from different stakeholders who included; members of the public, civil society organizations and some county staff, the Task Force established a number of issues that raise serious concerns.

a) Discrepancies in the number of Casuals employed: Whereas the Employment and Labour Relations Court in the ruling on Petition No 1 of 2019 on 13th May, 2020 directed that the 463 Casuals who had filed the case be employed, The County Public Service Board went ahead and hired over 660 casuals; an excess of 197 persons over and above those directed by the Court order.

b) Flawed Recruitment of Village Administrators;

1) The Task force requested for copies of the minutes of the different stages of the recruitment process of Village Administrators. None were provided and on further inquiry, the Task force was informed that there were no minutes.

2) The Task-force identified the 18 Village Administrators whose names do not appear in the application registers but their names appear last in each of their respective Village shortlists and later appointed and deployed.

3) The Task-force identified 2 Village Administrators who were neither in the Application Register nor shortlist, but they were appointed and deployed. The areas are Hospital Village in Township Ward and Malaha village in Matulo WARD.

4) The task-force Identified 2 persons employed who at the date of employment were under age. The qualification age for this position as per the advertisement was at least 25years and above. The two persons were below the age of 25. The two are one from Mukhe village in Misikhu WARD and Korng’otuny village in Chepyuk WARD

6) The Task-force identified 3 persons who did not meet the minimum academic requirements for the position of Village Administrator.

7) The Task-force Identified 33 persons who at the time of employment were 45 years old and above but employed on Permanent and Pensionable terms. This was contrary to the Public Service Superannuation Scheme Circular implemented from 1st January 2021 which provides that persons above the age of 45 shall not automatically join the Scheme, but can only voluntarily do so.

8) The Task-force identified 5 persons who presented only photocopies of their certificates, with police abstracts claiming that the certificates were either lost or burned. The 5 persons should not have been shortlisted in the first place for failure to have Originals.

9) The Task force identified 4 persons who presented only transcripts of their respective certificates.

10) The Task-force also established that 2 Village Administrators were appointed but never deployed.

c) Non Compliance in submission of Statutory Deductions: These include remittances to LAP Fund, LAP Trust/CPF, NSSF, NHIF, PAYE, where arrears now stand at over Ksh. 500 million and which continues to incur interest and penalties.

d) Arbitrary Deployment of Staff: The Committee established that a number of staff were deployed to stations under questionable circumstances and marred with political instigations.

The Task Force reviewed the Pending Bills and noted a number of serious issues. Some of the notable ones include:

Examples of such cases include:

b ) Illegal variation of contracts and the contract terms; The Task Force detected what appears to be a pre-determined scheme to trigger future variations on works, through deliberate understating of requirements at the BQ stage. An example of this is in the construction of the dual carriageway where there was a clear attempt to under-state the number of street lights and round-abouts required, signage and company identity for dual carriage is questionable and this require in-depth investigation.

c) Contracts content violations: The Committee identified on-going projects that are operating outside the contract period. Again, the on-going works on the dual carriageway are going on despite the contract having expired in the month of July 2022. This has not been renewed or extended.

d) Haphazard Over commitments and selective payment of pending bills in the system: The total commitments and pending bills is over Ksh. 2.9 billion which is unprecedented. This point to symptoms of total abuse and deliberate disregard to PFMA act. Most commitments were also done after 31st of May through the use of dummy exchequer request to release money to pay suspicious contracts.

e) Weak Internal Controls: The Task Force noted that the County regularly made payments on the basis of photocopies contrary to laid down procedures and best practices and that the County Treasury remained a payment point other than a control and a compliant center thus exposed the county operations to manipulation.

These are just a few instances of the malpractices that the Task Forces have detected. In due course we shall share the full findings of the Reports.

My Administration will, within the law, deal firmly and decisively with any Public Officer who by dint of their position commits any act of commission or omission that compromises service delivery or causes any loss of public funds.

To live up to the expectations of the people of Bungoma County and in line with my campaign pledge to restore public trust and order in the Governance of this County,

I hereby direct as follows: 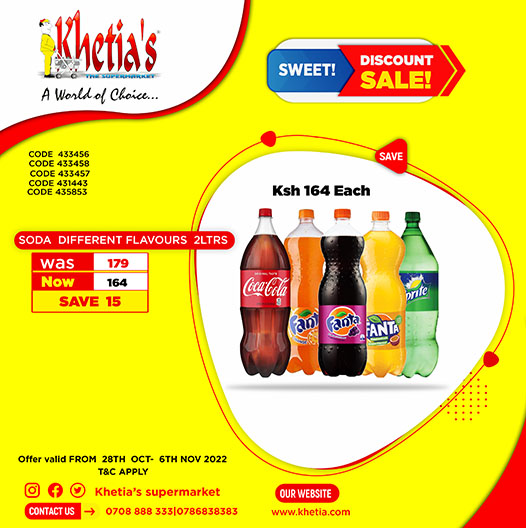 1) The mandate of the Task Forces be extended for a further 10 days to enable them conclude and submit their final reports.

2) The Chief Officers, who have been on compulsory leave, will remain on leave for a further one month to allow for the audits to be completed.

3) The County Public Service Board shall revoke all letters of appointment for the Village Administrators who did not meet the minimum qualifications, in line with Section 75 of the County Government Act and after due process. Further to this, the county public service board is hereby directed to make public the list of all affected officers as revealed by the Task Force Report. The County Public Service Board is also directed to advertise and replace those whose letters will have been revoked

4) The County Attorney to immediately apply for a judicial review regarding the court ruling on the casuals so as to give a basis for determining the bona fide casuals to be absorbed. In the meantime, the appointment of the list of 660 plus casuals remains suspended.

5) An immediate Headcount of the County Staff to be conducted to establish the actual number of staff in the County Public Service to be concluded in the next ten days.

6) The County Public Service Board to provide a comprehensive record of staff establishment, which should include staff number they found in office, the number they have recruited during their tenure, and related documentation such as letter of intent, advertisement and budgetary allocation and avail to my office within two weeks.

Lastly, I wish to assure all residents of this County that in my tenure, never again will so few rob the destiny of so many.

To quote Pope Francis, “Corruption is paid by the Poor”

And Joe Biden stated, “Corruption is a cancer, a cancer that eats away at a citizen’s faith in democracy, diminishes the instinct for innovation and creativity”

We must cure this cancer once and for all.