Following a public outcry as highlighted yesterday by ikuweikuwe.com over construction/erection of illegal structures along the dual carriageway, Bungoma Municipality Board has in line with the Physical and Land Use Planning ACT, 2019 notified culprits to vacate within 7 days.

The arrival of this news has excited business owners doing licensed businesses in shops along major roads. They have encouraged the County leadership especially Governor Lusaka to clean up the town and therefore bring back its lost glory. Hikal, one of the aggrieved businessmen told ikuweikuwe.com that the County should not relent on this.

In a letter dated 14th Dec 2022 and signed by the Municipal Manager, traders are reminded that the development of land described was carried without the grant of permission and/or the following conditions required on that behalf under part V of the Physical Planning ACT; 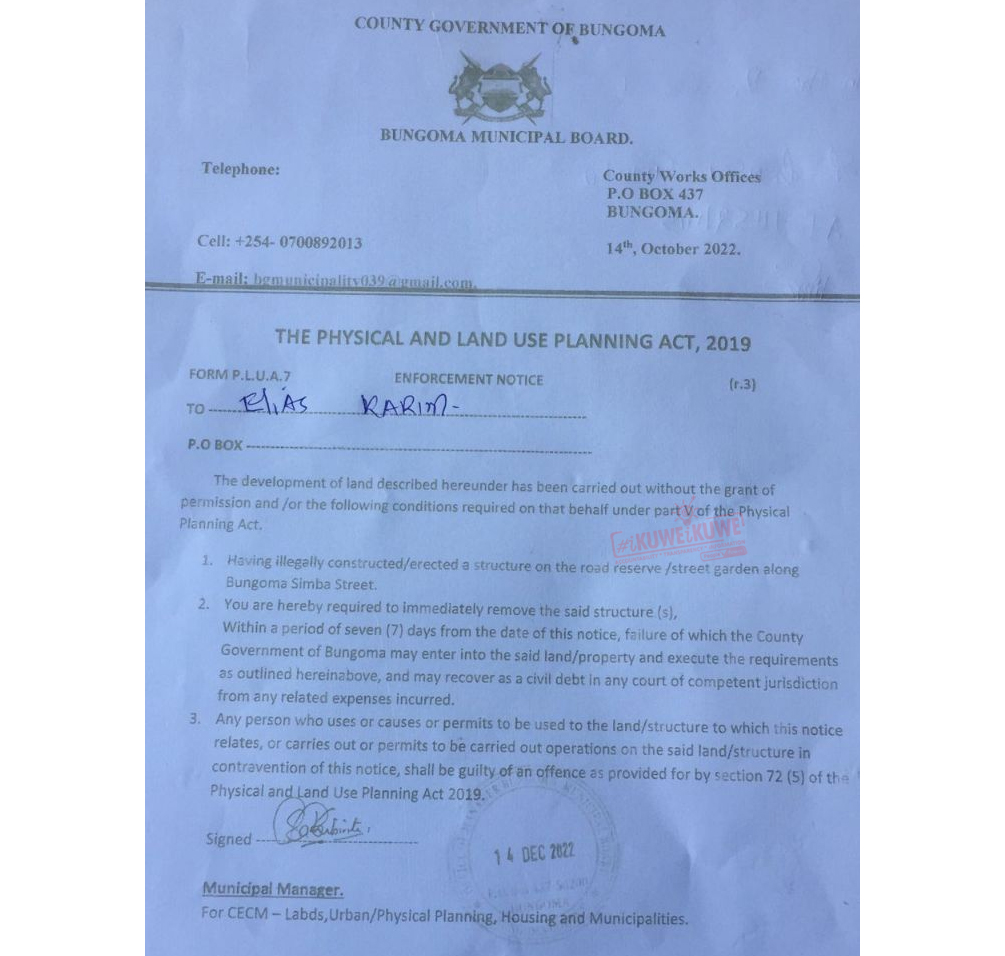 The owner is so arrogant that he dared the aggrieved to report him anywhere for he had paid money to someone “above” for this installation.

TODAY, despite of the known KPLC’s annoyingly SLOW connection action-time… power has been connected on the container within 24 hours of its arrival.

Now, omwami you know that Bungoma county TECHNOCRATS are STRUGGLING with plans to have VIBANDAS (illegal structures) REMOVED in a bid to CLEAN the town along the dual carriageway… this has been a headache since even getting an alternative space for the existing ones is a problem.

Who is this collecting money for such illegal activities???