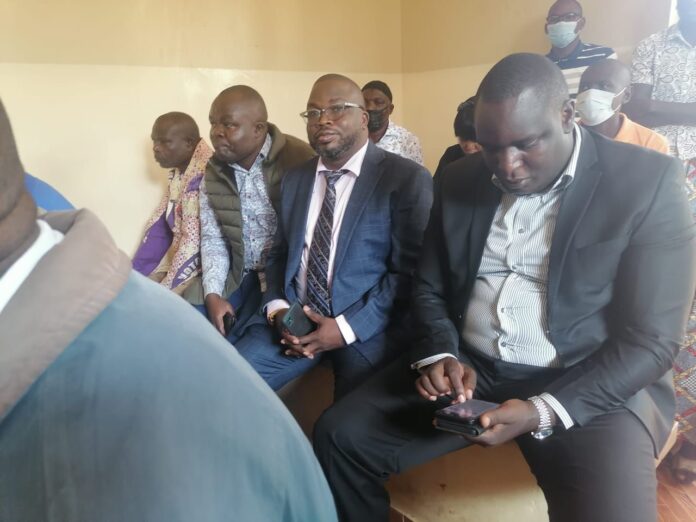 BUNGOMA COURT STOPS IEBC FROM TESTIFYING IN AN ELECTION PETITION.

Bungoma Court has made a rulling to expunge all affidavits belonging to Independent Election and boundaries commision (IEBC ) from its record in a parliamentary election petition for Webuye West .
Bungoma High court judge William Musyoka, in his ruling; has barred seven witnesses belonging to IEBC from testifying in the matter after revelations of fraudulent commissioning of oath was unraveled during hearing.

The court was told that Nairobi based lawyer Grace Odongo commissioned the affidavits -who is unauthorized as per the law and advocate’s code.
” An order be and is hereby issued, barring the deponents from testifying in the instant petition for and/or on behalf of the 1st and 2nd respondents herein”, said Judge Musyoka.
Petitioner’s lawyer Brian Wechabe told court during his submission that the said lawyer is not authorised to commission oaths and that he is not in the Judiciary Service Commissioner’s database.

He accused her of forging identity number while executing her mandate.
“A court of law is the last place to admit forged and false documents. Such mischief must be cured by law to avoid such recurrence”, said Wechabe in his interlocutory application.
IEBC lawyer , Vincent Oloo opposed the application terming it , as mischievous and a destruction from the main agenda of the petition.
He pleaded with the petitioner to focus on the main aim of the petition.
Lawyer for the second respondent ,Henry Makhakara had earlier told the court that the application , if allowed would jeorpadise the core evidence of the matter that is dependent on the IEBC record to determine a free and fair elections.

Webuye West returning officer Peris Saina Cheruto, Mukenda Fred, Alex Wafula Nyongesa, Stephen Mandila Wanyonyi, Victor Wanyonyi Mirundu are among the witnesses whose affidavits presented in court , have been rendered void.
The petition was filled in court by Webuye West parliamentary aspirant Kelly Walubengo who is challenging the election of Dan Wanyama alleging massive election malpractices and fraud.
Through his lawyers the petitioner made an application on 25th of November to nullify affidavits by IEBC returning officer , Peris Saina and six others citing forgery and breach of oath and statutory declarations act .
The matter proceeds for hearing on 3rd of December with the area MP who is a respondent in the matter taking the stand for cross examination.